What to drink in Australia

Drinking beer is ingrained in Australian culture. Although Fosters is promoted as an Australian beer overseas, it is rarely consumed by Australians in Australia, and is almost impossible to find. Beers are strongly regional and every state has its own brews: Coopers and West End in South Australia, Carlton and VB in Victoria, Tooheys in NSW, XXXX (pronounced "fourex") in Queensland, Boags and Cascade in Tasmania, and Swan in Western Australia. There are also local microbrew choices, which can be harder to find, but are often worth seeking out. A range of imported European and American bottled beers are available in all but the most basic pub.

The XXXX Brewery in Brisbane

Light (Lite) beer refers to lower alcoholic content, and not lower calories. It has around half the alcohol of full strength beer, and is taxed at a lower rate, meaning it is also cheaper than full strength beer.

Because Australians like their beer to stay cold while they drink it, draft beer glasses come in a multitude of sizes, so that you can drink a whole glass before it warms up in the summer heat. The naming of beer glasses varies widely from state to state, often in confusing ways: a schooner is 425mL everywhere except South Australia, where it's only 285mL, a size that's known elsewhere as a middy or pot, except in Darwin where it's a handle, but in Adelaide a "pot" means a 570mL full pint, and a pint means what a schooner does elsewhere, and... you get the idea. The local beers and the local descriptions are covered in detail in the state guides.

Bottle naming is a little easier: the standard sizes across Australia are the 375 ml stubby and the 750mL long neck, or tallie. Cans of beer are known as tinnies and 24 of them make up a slab, box, carton, or a case.

Australia produces quality wine on a truly industrial scale, with large multinational brands supplying Australian bottleshops and exporting around the world. There are also a multitude of boutique wineries and smaller suppliers. Very good red and white wine can be bought very cheaply in Australia, often at less than $10 a bottle, and even the smallest shop could be expected to have 50 or more varieties to choose from.

The areas of the Barossa Valley, Hunter Valley, and Margaret River are particularly renowned for their wineries and opportunities for cellar door sampling, but northern Victoria and Mudgee also have a large variety. You are never too far from a wine trail anywhere in southern Australia.

Try the local wines wherever you can find them, and ask for local recommendations. Try not to get taken in by the label, or the price tag. The best wine is rarely the one with the best artwork, or the most expensive price. However, it is probably wise to avoid the house wine if it comes straight from a cask (4-litre container). Wines at the cellar door are almost invariably sold at around 20% premium to the same wine in the shops in the local town.

If you still prefer overseas wines, the Marlborough region of New Zealand is usually well represented on wine lists and in bottle shops in Australia.

Bundaberg Rum (Bundy) is an Australian dark rum particularly popular in Queensland and many Queenslanders will not touch any other brand of rum. It is probably the most famous Australian made spirit, mass-produced in Bundaberg and available everywhere.

You will have to search much harder to find other Australian distilled spirits, mostly from niche players, but there are distilleries in every state of Australia if you look hard enough. Drop into the Lark Distillery on the scenic Hobart waterfront precinct. Pick up a bottle of 151 East Vodka in Wollongong or after a few days in Kununurra you are definitely going to need an Ord River Rum.

Mixed drinks are also available, particularly vodka, scotch, bourbon and other whiskey mixers. Jim Beam bourbon is the most commonly drunk, so those from Kentucky should feel right at home. Spirits are also available as pre-mixed bottles and cans but are subject to higher taxation in this form, so it is cheaper to mix them yourself. Spirits are served in all pubs and bars, but not in all restaurants. A basic spirit and mixer (vodka and orange juice for example) will cost you about $7 at a bar or nightclub, but can vary ~$5–12.

Often there is a lounge, restaurant or bistro area in a pub or club that permits under-age people provided they are accompanied by a responsible adult over 18 and don't approach the bar or wander around. Some city pubs even have video games and playgrounds for children. Some country pubs have large open areas out in the back where kids can run and play.

In general, you can take alcohol (say a bottle of wine or beer) to consume at a park or beach. Alcohol consumption is banned in some public places as 'street drinking'. These are often indicated by signs and is particularly the case in parks and footpaths where public drunkenness has been a problem. However, if you are a family with your picnic basket and blanket out at lunchtime with a bottle of wine, you are unlikely to encounter any problems.

Alcohol can be purchased for consumption on premises only in licensed venues: pubs, clubs and many restaurants. You can purchase alcohol for private consumption in bottle shops, which are separate stores selling bottled alcohol. In some but not all states you can buy alcohol in supermarkets. In those states where you can't, bottle shops and major supermarkets are often found in very close proximity. Although licensing laws and hours vary from state to state, and individual stores have different trading hours, as a rule of thumb, alcohol is generally available in towns to take-away seven days a week, 08:00-23:00, from bottle shops, supermarkets, licensed grocers/milk-bars and pubs. Outside of these hours though, it is almost impossible to buy alcohol to take home; unless you're in the middle of Sydney or Melbourne, so if you're planning on a party at home; it's a good idea to stock up and check on the local trading hours so you don't run out at 00:30 with no opportunity to buy more. Alcohol is not available at petrol stations or 24-hour convenience stores anywhere in Australia.

Public drunkenness varies in acceptability. You will certainly find a great deal of it in close proximity to pubs and clubs at night time but much less so during the day. Public drunkenness is an offence but you would only likely ever be picked up by the police if you were causing a nuisance. You may spend the night sobering up in a holding cell or be charged.

Driving while affected by alcohol is both stigmatized and policed by random breath testing police patrols in Australia, as well as being inherently dangerous. Drink driving is a very serious offence in Australia, punishable by a range of mechanisms including loss of license. The acceptable maximum blood alcohol concentration is 0.05% in all states, often lower or not allowed for operators of heavy vehicles and young or novice drivers. Police officers are also empowered to randomly test drivers for the recent use of prohibited drugs. The operation of a motor vehicle while under the influence of prohibited drugs or alcohol will always result in arrest and a required court appearance many weeks from the date of arrest and it can comprehensively disrupt travel plans. Random breath testing is common early Saturday and Sunday mornings, and many people are caught the morning after. 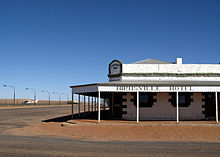 Buying a round of drinks is a custom in Australia, as in many corners of the world. It is generally expected in a pub that when you arrive and make your first trip to the bar that you will offer to buy a drink for others you are drinking with. Similarly this will likely be done to you when someone else joins the group. This is called a shout, and incurs an obligation that you will generally return the favour in a following round, and that also you will generally maintain the same drinking pace as your associates in the round throughout the evening. If someone in the same round as you has an empty glass, who is ahead of you in drinks bought, you should declare that it is your shout, and make your way to the bar. If someone offers to buy you a drink, but does not offer to buy for the person who already has bought you a drink, you should say you are already in a shout, and decline. If they buy you and the people in your round a drink, they have joined the shout. Its generally not polite to switch between shouts during an evening. It you are in a large shout, and you decline a drink, you still have to buy a drink for the round when it comes to your turn. You are well advised if you wish to skip a round, to do so on your shout. It is generally poorly received to buy a round, and then to refuse a drink when one is purchased for you. Often the drink will just be bought for you without even asking. Don't be surprised if someone who bought you a drink earlier in the night, later says that it is your shout. Not joining a shout can be awkward in some groups. The best way is to say you are driving, and you will buy your own drinks. This is also an acceptable way to drop out after one round, when the score is even.